From recovering the tedious school task of buying and consulting monographs of «The Spring», «The Universe», etc. We want to play with humor and critical thinking to generate our own versions of the myths of modernity, the myths of the institutions that «sustain our society», the myths of the «school» of «gender» and «development», all myths of capitalist patriarchy. These versions are presented as a series of collages, accompanied by statistical research that gathers published data on the violent events that show us the «civilized society of the 21st century»: murders of environmental activists, mainly indigenous, feminicide, domestic violence and sexual abuse, atypical behaviors of the species, death and ecological devastation. 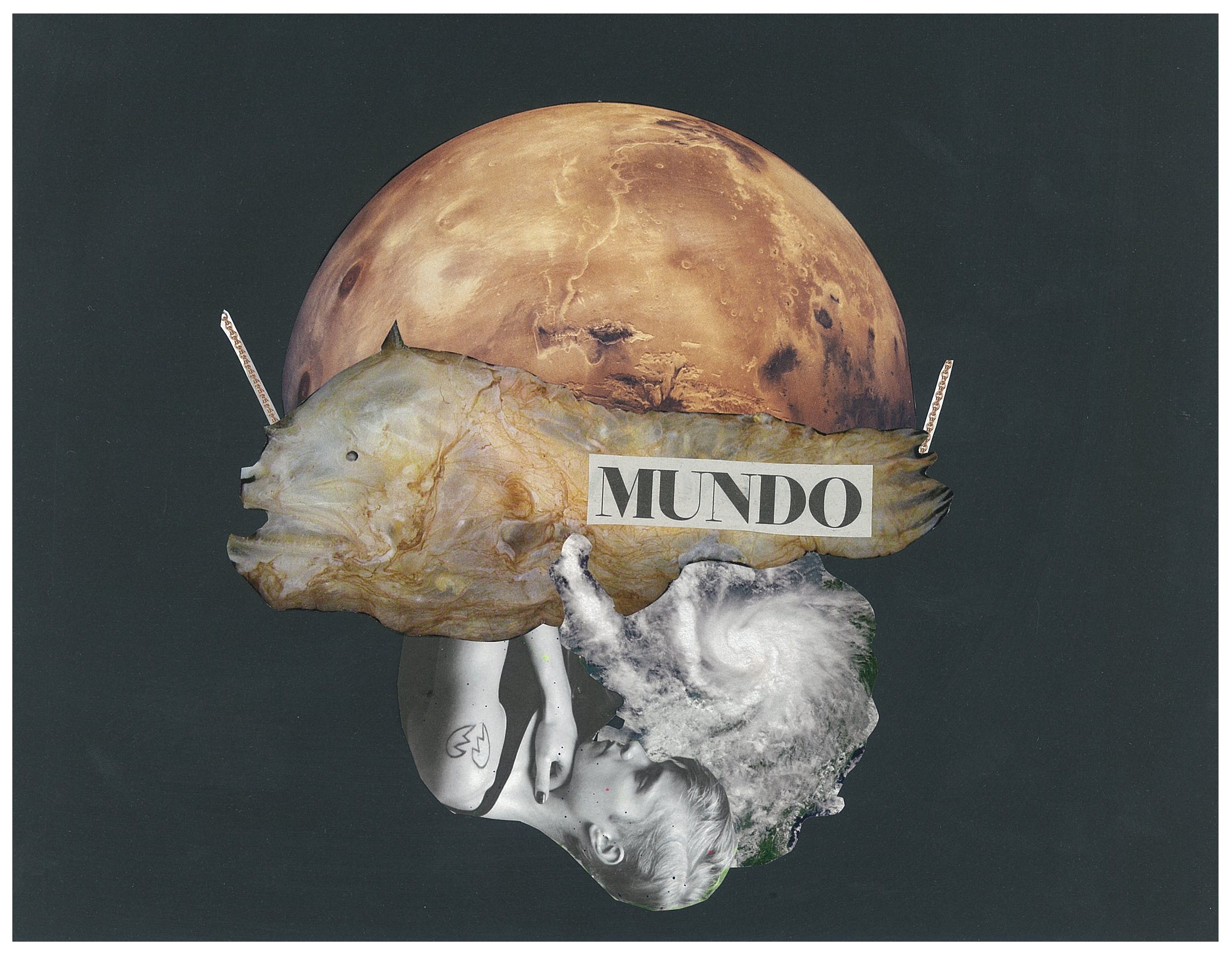