This project consists of developing an intervention of three books that address paradigmatic years (1968, 1984 and 2001) in which the political, fictional and economic are linked.

The intention is to develop a critique and a transmutation of the books as artifacts and as repositories of a political, historical and cultural discourse. Critical thinking in this project is posed as a way of creating through the intervention of books, which were originally thought of as stores of journalistic or historical memory.

We dug the books, and across this intervention we united them and created a poetic image, this action generates a kind of time spiral that transforms the perception and sense of the books to create a new artefact  that links 3  temporal nodes.

The questions are: Are we capable of creating alternate realities? What do we want our own reading of history to be? How can the book remain as a mean of reflection and liberation?

The answer is a triangular spiral traversing the collective memory. 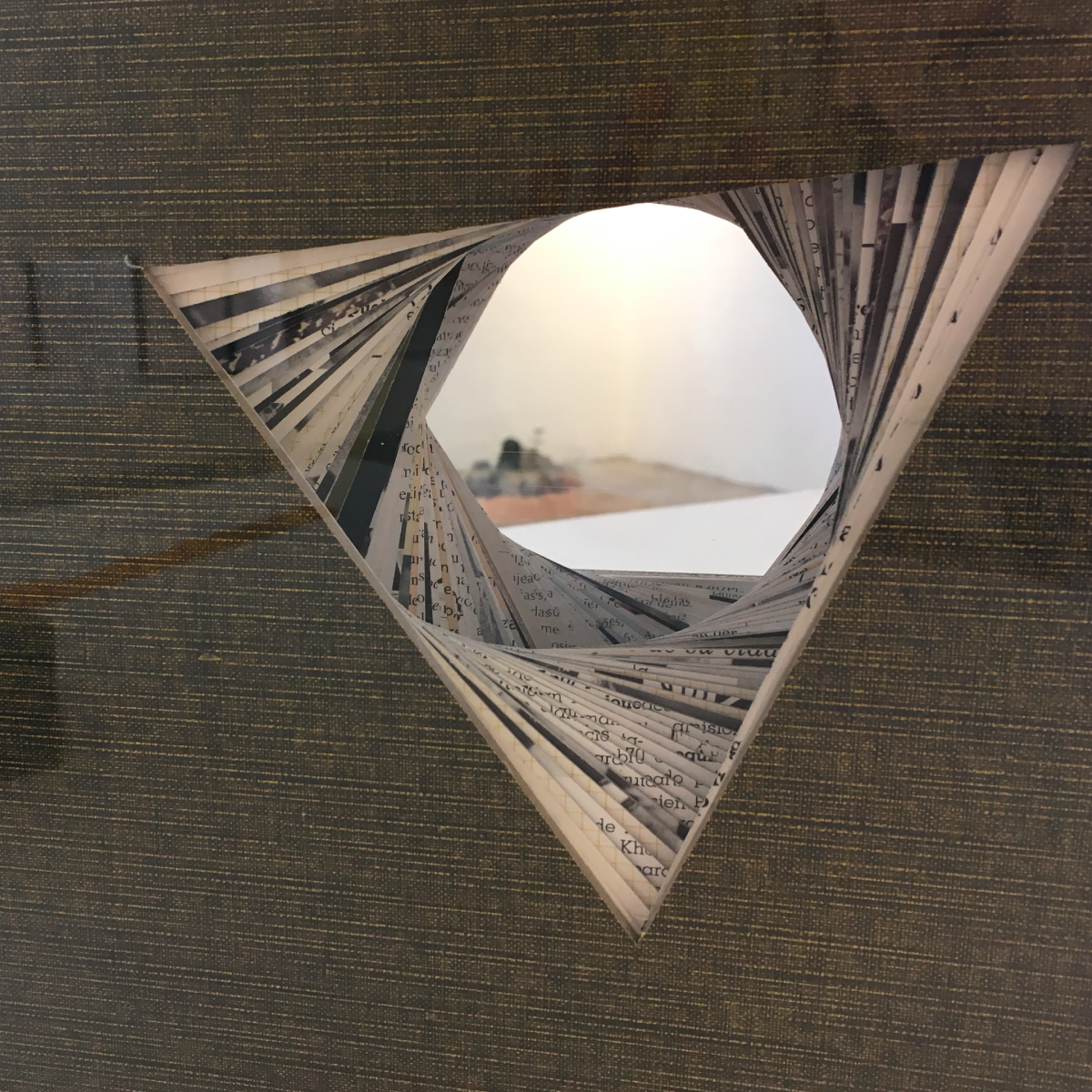 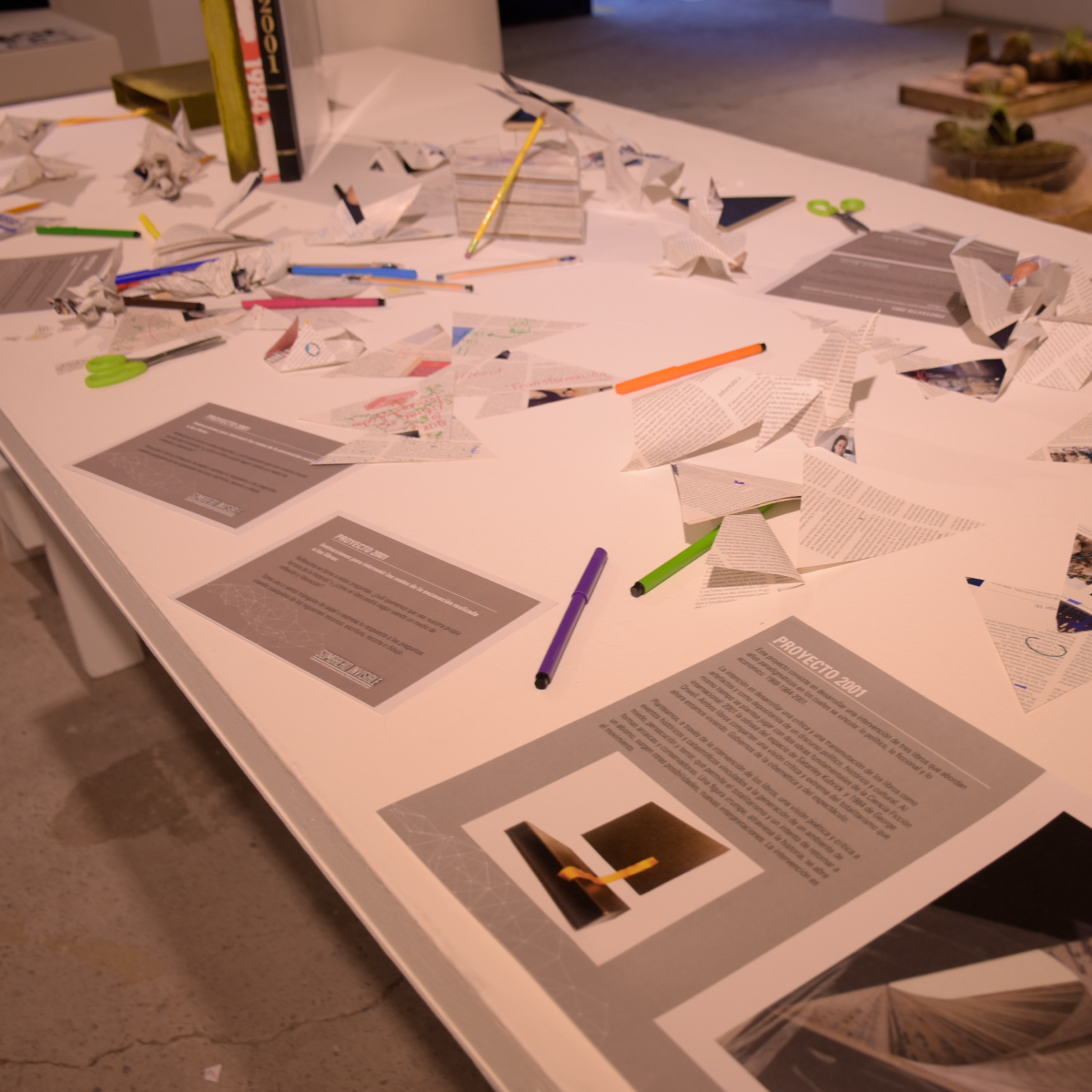 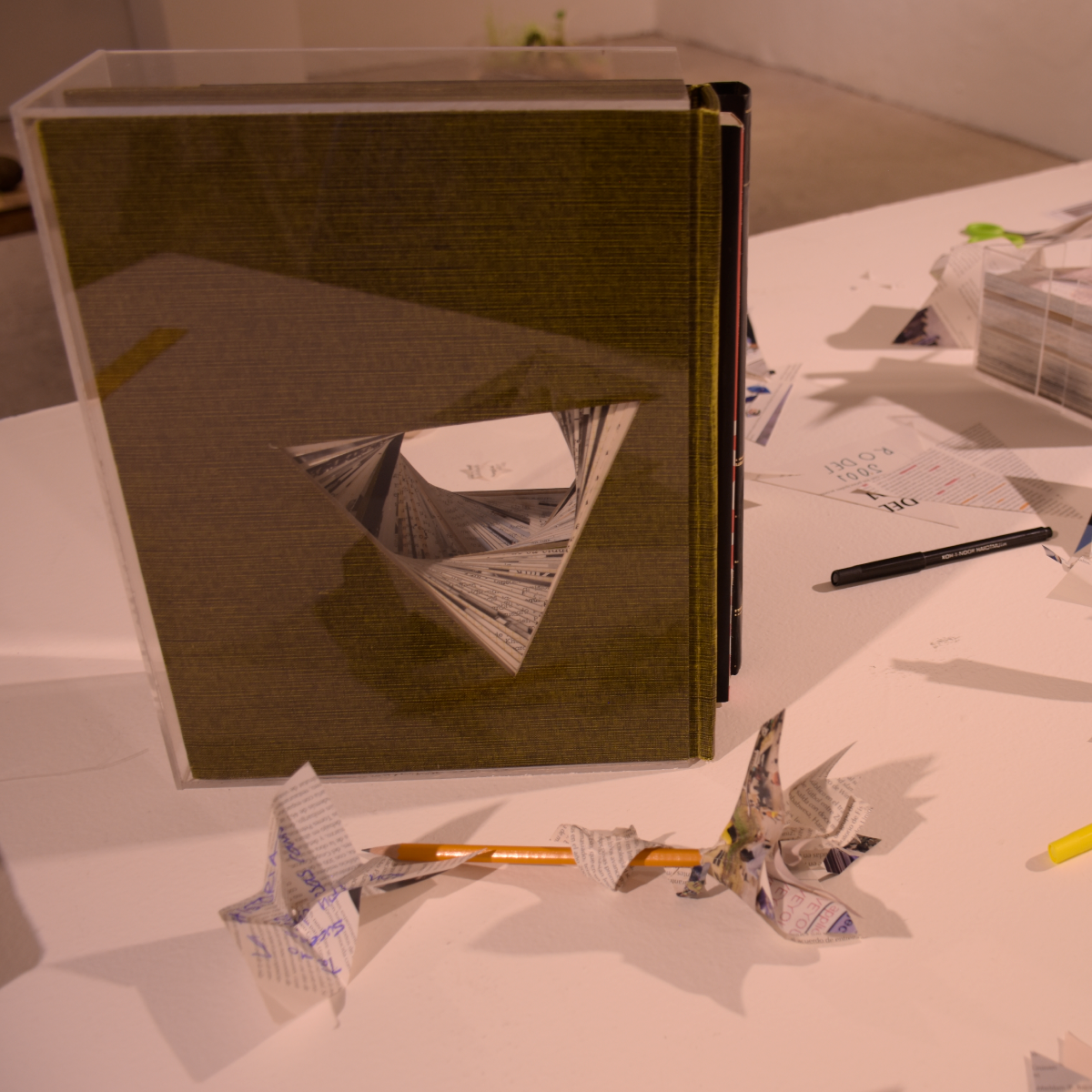 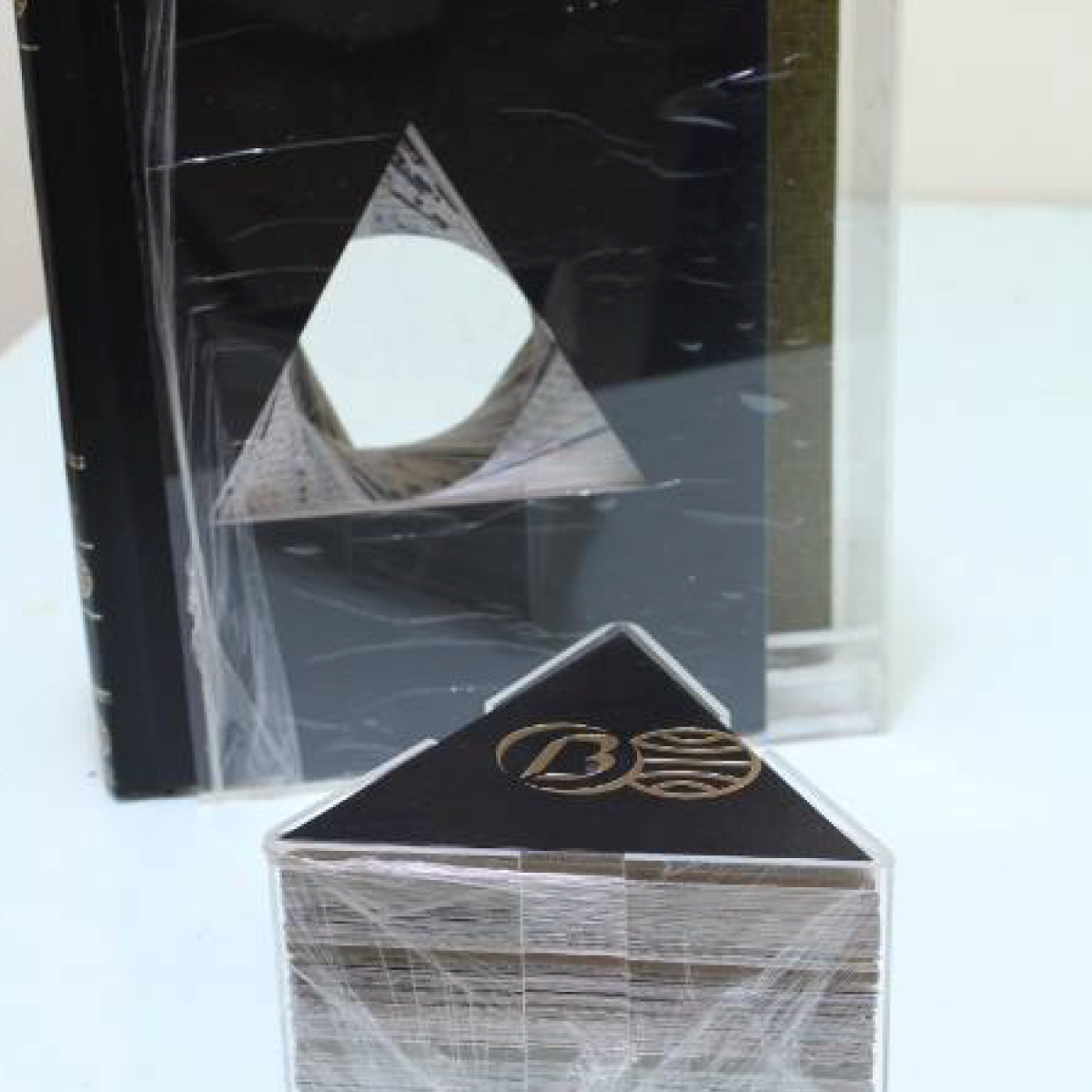